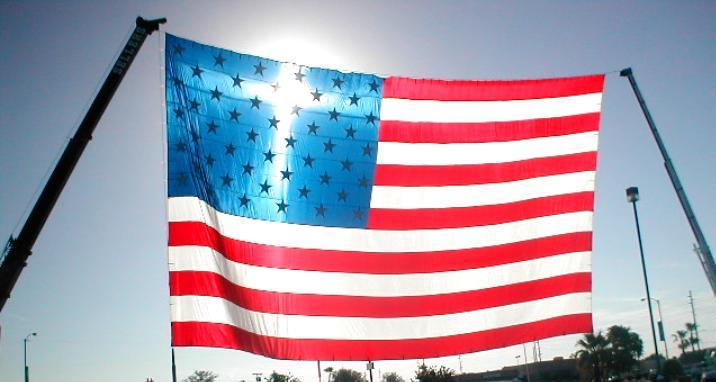 “If my people, which are called by my name, shall humble themselves, and pray, and seek my face, and turn from their wicked ways; then will I hear from heaven, and will forgive their sin, and will heal their land.”
2 Chronicles 7:14 KJV

The duration of man’s life on earth is best measured in years, but the existence of nations are more often measured in decades – not centuries. The American Republic, on the other hand, may be measured in centuries -that makes it an exception among the nations of the earth and not the rule. I emphasize the ‘American Republic’ because it is too often referred to as a democracy. In fact, that dreadful form of government seems to be what our Constitutional Republic is swiftly devolving into. This the Founding Fathers feared might happen, so, they incorporated safeguards into our founding documents to forestay such a digression from the principles of freedom and liberty inherent in Godly government.
A Mrs. Powel of Philadelphia asked Benjamin Franklin, “Well, Doctor, what have we got, a republic or a monarchy?” With no hesitation whatsoever, Franklin responded, “A republic, if you can keep it.” What did Franklin mean by that remark?
The union of thirteen sovereign states under a common compact defined by the U.S. Constitution was envisioned to provide a form of government that would guarantee equality of rights and liberties to all her citizens – no exception. The people were the ultimate power brokers in their vote to send representatives to Washington to vote on their behalf and in their best interest. Why did Franklin fear our becoming a democracy? In a democracy, the people vote directly on all laws and acts with no higher restraining force. When those who vote taxpayer benefits to themselves outnumber those who labor, there will no longer exist any assurance of personal freedom and privileges. To summarize the difference; in a Republic, the laws apply equally to every citizen without exception (including government officials); in a democracy, the special interest group who makes the loudest noise will get their way, or “it is the squeaking wheel that gets the lubrication.”
Well, our Republic has survived, in part, for more than twenty-three decades. During that time, we have witnessed our freedoms slowly being trampled upon by “the power that grabs simply because there is no resistance and everything is within its reach.” WE have witnessed a lowered respect for our premier Founding document – the Declaration of Independence – and the Constitutional compact our fathers deliberated with care and concern for the preservation of our inalienable rights. One of the greatest and most subversive of elements that have led to the undermining of our Constitutional rights is the one who should be least suspected of doing so – the Judicial branch of the Federal government under the activist Justices appointed to the U.S. Supreme Court who make laws rather than interpreting them (please remember, it is the U.S. Constitution that is the Supreme Law of the Land and not the Supreme Court). For example, where do we find abortion rights, homosexual rights, or any of the deprecatory denial of those rights guaranteed by the Bill of Rights, in the plain language of the document itself. Heed the words of that great advocate of republican government, Marcus Tullius Cicero in 44 B.C.:

“Power and law are not synonymous. In truth, they are frequently in opposition and irreconcilable. There is God’s Law from which all Equitable laws of man emerge and by which men must live if they are not to die in oppression, chaos and despair. Divorced from God’s eternal and immutable Law, established before the founding of the suns, man’s power is evil no matter the noble words with which it is employed or the motives urged when enforcing it.
“Men of good will, mindful therefore of the Law laid down by God, will oppose governments whose rule is by men, and if they wish to survive as a nation they will destroy the government which attempts to adjudicate by the whim of venal judges.”

It saddens me to make this dismal reminder of the dangers that lay ahead for our people if they fail to realize the hazards that have been erected against free speech, the right to self-defense, religious liberties, etc.
I will remind the reader of this perfectly logical cycle that nations undergo in the annals of time:

The following quote attributed to Scottish history professor Alexander Tyler in 1787, seems to portray an accurate reflection of what has occurred during our 200+ years of existence as a democracy.
“A democracy is always temporary in nature; it simply cannot exist as a permanent form of government. A democracy will continue to exist up until the time that voters discover that they can vote themselves generous gifts from the public treasury. From that moment on, the majority always votes for the candidates who promise the most benefits from the public treasury, with the result that every democracy will finally collapse due to loose fiscal policy, which is always followed by a dictatorship.”
“The average age of the world’s greatest civilizations from the beginning of history, has been about 200 years. During those 200 years, these nations always progressed through the following sequence:
 From bondage to spiritual faith;
 From spiritual faith to great courage;
 From courage to liberty;
 From liberty to abundance;
 From abundance to complacency;
 From complacency to apathy;
 From apathy to dependence;
 From dependence back into bondage

While our nation roars in pain and anguish, our elected politicians do as Nero whom folklorist claim played the harp as Rome burned. Rome had become powerful and wealthy. Their citizens claimed their right to take from the treasury money for which they were not entitled. Moral decay and rot undermined the Republic which had already deteriorated into a democratic empire.
This 4th of July may be the last on which we can celebrate the many freedoms that remain, and commemorate the great sacrifices and courage of those whose blood has nurtured the soil of freedom. Perhaps on this day, we can resolve to follow in the footsteps of our glorious fathers and, instead of marring their memories by defacing monuments, build more to such heroes who may have gone unrecognized.
If our people will do as counseled in 2 Chronicles 7:14, we have divine assurance of a healing and restoration of our land under the Perfect Law of Liberty which is our Lord Jesus Christ.

In Christ in Trinity,