A Devotion for 15 November in the Year of our Lord the 2019th, the Anglican Orthodox Communion Worldwide 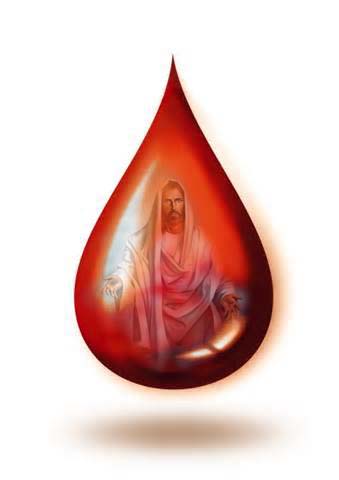 40  And it came to pass, that, when Jesus was returned, the people gladly received him: for they were all waiting for him. 41  And, behold, there came a man named Jairus, and he was a ruler of the synagogue: and he fell down at Jesus’ feet, and besought him that he would come into his house: 42  For he had one only daughter, about twelve years of age, and she lay a dying. But as he went the people thronged him. 43  And a woman having an issue of blood twelve years, which had spent all her living upon physicians, neither could be healed of any, 44  Came behind him, and touched the border of his garment: and immediately her issue of blood stanched. 45  And Jesus said, Who touched me? When all denied, Peter and they that were with him said, Master, the multitude throng thee and press thee, and sayest thou, Who touched me? 46  And Jesus said, Somebody hath touched me: for I perceive that virtue is gone out of me. 47  And when the woman saw that she was not hid, she came trembling, and falling down before him, she declared unto him before all the people for what cause she had touched him, and how she was healed immediately. 48  And he said unto her, Daughter, be of good comfort: thy faith hath made thee whole; go in peace. 49  While he yet spake, there cometh one from the ruler of the synagogue’s house, saying to him, Thy daughter is dead; trouble not the Master. 50  But when Jesus heard it, he answered him, saying, Fear not: believe only, and she shall be made whole. 51  And when he came into the house, he suffered no man to go in, save Peter, and James, and John, and the father and the mother of the maiden. 52  And all wept, and bewailed her: but he said, Weep not; she is not dead, but sleepeth. 53  And they laughed him to scorn, knowing that she was dead. 54  And he put them all out, and took her by the hand, and called, saying, Maid, arise. 55  And her spirit came again, and she arose straightway: and he commanded to give her meat. 56  And her parents were astonished: but he charged them that they should tell no man what was done. Luke 8:40-56 (KJV)

God spares no words in stressing the importance of blood both as symbol and an essence in our lives. “For the life of the flesh is in the blood: and I have given it to you upon the altar to make an atonement for your souls: for it is the blood that maketh an atonement for the soul.” Leviticus 17:11 (KJV)  Life-imparting blood is the cost of sin. “And almost all things are by the law purged with blood; and without shedding of blood is no remission.” Hebrews 9:22 (KJV) The human blood of the woman mentioned in the Gospel text today was vitally imported to her physical life. The issue, or loss, of blood had dictated every disposition of her life’s path for twelve long years and had cost her a personal fortune. Those twelve years were precisely the entire life span of the deceased daughter of Jairus.

The issue of blood of the woman caused an array of sorrows, among them that of both helplessness and hopelessness. It was a condition of helplessness because no human effort had been spared to affect a healing; and it was hopeless because now she had expended every means of finding any cure whatsoever. Though she had spent all her savings on physicians, she was not a whit better off. In fact, she was even worse than at the beginning. (see Mark 5:26)

The physical malaise of the woman was deadly serious, but the woman also suffered, as we all have suffered, from a far more grave illness that even a physical cure could not remedy – SIN! There are none born to woman free of sin except One – the Lord Jesus Christ. The woman may not have been aware of her need of a Savior until the moment of her physical healing. But Jesus pronounced the woman WHOLE – not just in physical health, but in every way WHOLE! Her faith had made her whole in both body AND soul! Our Lord never heals halfway but ALLWAY!

There are two cases presented in our text today – the woman taken with an issue of blood, and the young twelve year old daughter of Jairus. One was dead in trespasses and sin, and the other dead in the body. But each was just as dead to eternal life as the other. The little daughter closed her eyes in the curse of death brought upon humanity by Adam’s sin. She was LIFELESS. Her mother and father, and a multitude of company, were weeping and wailing the death of this little girl. But the daughter could hear none of these outbursts of sorrow and mourning. Her ears were dead, her eyes were dead, her heart was dead – no life in any organ of her little body. But all were soon to learn that there was ONE voice the little child could hear – that of the Lord Jesus Christ. Only three words were required to arouse Lazarus from the sleep of death – “Lazarus, come forth!” Now only two were required to arouse the sleeping maiden: “Maid, Arise!” Immediately, there came a warm pulsating of the heart, and the blood again began to flow and deliver both oxygen and nutrients to every cell of her body. The precious little girl awoke hungry – a sure sign of perfect health.

Blood is a most interesting fluid of the human body. It has an army to fight off disease and infection. When a puncture is made in the flesh, immediately the blood rushes to seal of the breach by clotting. Moreover, when disease organisms enter the wound, the white blood cells mystically know the danger and are sent to surround the foreign organism to prevent its spread. When the body is exercised beyond the normal, the blood musters greater nutrients and oxygen to satisfy the greater demand for energy. But once the blood stops moving, the body dies. It is true of the church as well. Each person is a cell in the blood of the church. Some cells are designed to fight off error and deception, another to combat malaise and weakness, another to provide growth and life. All have a function. Dr. M. R. DeHaan wrote an excellent book on the functions and importance of the blood called, “Chemistry of the Blood.” I highly recommend the book to all interested parties.

Once an incurable disease is spread abroad in the blood, there is only helplessness and hopelessness. Leprosy at the time of Jesus was such a disease whose physical characteristics of death mimic the spiritual death of the lost sinner. Neither the leper nor the sinner can save themselves.  This brings us to a different kind of Blood that is necessary to save the lost sinner. The blood of Christ was not human in the sense that it bore the curse of Adam’s sin. He received no blood DNA from an earthly father – His Father was God. His blood was untainted with any speck of sin or the sin nature.

While we all are born with that tainted blood of Adam, and a sure tendency to sin, there can be only one remedy – we require a blood transfusion of that precious blood of Christ that cleanses to the uttermost. Without it, we die in our sin. With it, our sins are no longer recorded to our doom. We receive a new lease, not only on life, but eternal life being accounted righteous – not by our good deeds, but by the imputed righteousness purchased on our behalf by the precious blood of Christ. We become the spiritual children of Abraham and bear his bloodline of salvation in our veins.

Having been born anew, our inward spirit and outward appearance take on a new look. We bear resemblance to our Father in Heaven whose adopted children we have become. We are much like Princes and Princesses in Christ who is the King of Kings. So, our bearing must reflect that relationship. No child of a king wishes to tarnish the throne or reputation of his father – and neither should the Christian.

“The Holy Ghost this signifying, that the way into the holiest of all was not yet made manifest, while as the first tabernacle was yet standing: Which was a figure for the time then present, in which were offered both gifts and sacrifices, that could not make him that did the service perfect, as pertaining to the conscience; Which stood only in meats and drinks, and divers washings, and carnal ordinances, imposed on them until the time of reformation. But Christ being come an high priest of good things to come, by a greater and more perfect tabernacle, not made with hands, that is to say, not of this building; Neither by the blood of goats and calves, but by his own blood he entered in once into the holy place, having obtained eternal redemption for us. For if the blood of bulls and of goats, and the ashes of an heifer sprinkling the unclean, sanctifieth to the purifying of the flesh: How much more shall the blood of Christ, who through the eternal Spirit offered himself without spot to God, purge your conscience from dead works to serve the living God?”