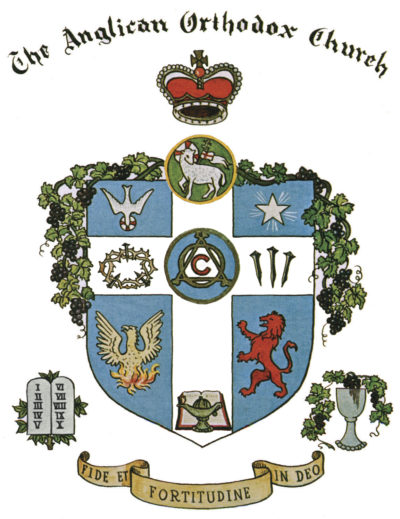 13 For from the least of them even unto the greatest of them every one is given to covetousness; and from the prophet even unto the priest every one dealeth falsely. 14 They have healed also the hurt of the daughter of my people slightly, saying, Peace, peace; when there is no peace. * 15 Were they ashamed when they had committed abomination? nay, they were not at all ashamed, neither could they blush: therefore they shall fall among them that fall: at the time that I visit them they shall be cast down, saith the LORD. 16 Thus saith the LORD, Stand ye in the ways, and see, and ask for the old paths, where is the good way, and walk therein, and ye shall find rest for your souls. But they said, We will not walk therein. 17 Also I set watchmen over you, saying, Hearken to the sound of the trumpet. But they said, We will not hearken. Jeremiah 6:13-17

Our beloved country of America stands at a critical crossroads today. The condition of our nation could have scarcely been imagined by the patriot of five or six decades ago. It took two centuries to build an enviable and proud record of freedom and Constitutional government, but the weeds of wickedness work much faster. Our sons and daughters of today may be the last to breath the air of liberty between our two ocean shores. Our youth lack real education and have been indoctrinated at the taxpayer’s expense for several decades. Many could not name even one of the Bill of Rights, but they are able to regurgitate the Communist dogma they have been taught in our ‘premier’ universities and colleges.
The great object of the illiterate masses today is to storm the Bastille of Liberty, destroy our historical memory and monuments, undermine trust in our laws, and to undermine every vestige of morality and family life. This is not new to the vandals of history. The ancient art of Greece and the Middle East has been intentionally defaced and destroyed by hordes of irrational radicals bent on a totalitarian state. ISIS and Al-Qaida are the most recent examples in the Middle East. Hitler’s Nazi Party did likewise in Germany, and so did the Communist Party of the old Soviet Union and Red China. If a nation can be made to forget who they are and from whence they are descended, enslavement of such a people is made quite easy. Today, we have vandals, looters and so-called Antifa (read disguised Fascists), doing the same. They are paid pawns in a larger global effort to destroy the last bastion of freedom remaining on earth.
Our Lord has warned us of the danger lurking in our very midst which, if unchecked, could speedily topple our Constitutional Republic and reduce our populace to misery and servitude.
The Lord has placed a burden upon His ministers to sound the alarm regarding the insidious insurrection and subterfuge that has become prevalent in our society. Few are doing so which brings into question whether they are called ministers of God in the first place.
I can tell you that I will not forfeit my responsibility to sound the trumpet. I may do so with less than a polished oratory, but the trumpet has its own voice and sound. We are in grave danger. We can no longer procrastinate and deliberate. Action is now the requirement of the day. As Patrick Henry, that greatest of Founding Fathers warned, “Why stand we here idle? What is it that gentlemen wish? What would they have? Is life so dear, or peace so sweet, as to be purchased at the price of chains and slavery? Forbid it, Almighty God! I know not what course others may take; but as for me, give me liberty or give me death!” (Before the second Virginia Convention, 1775)
I am amazed at the bottomless political swamp which the backwaters of corruption and deceit have brooked in our national capitol. Generals such as Chairman of Joint chiefs of Staff, Milley, Gen Kelly, and others, who should know better, have claimed that Federal troops are intended for battle against a foreign enemy – not against insurgents inside our borders. Have these political pawns forgotten their oath of office that every officer takes at commissioning – to “defend the Constitution of the United States against all enemies, FOREIGN and DOMESTIC?” I suppose they would have objected to using Federal troops against the women, children and soldiers of the Southern States during the War Between the States.
All of these men have been exposed to the lessons of history in their growing up years. Many are graduates of the United States Military Academy on whose campus the likeness of General Robert E. Lee is proudly displayed. Most have been assigned to military post with names such as Ft. Polk, Fort Hood, Fort Benning, Fort Lee, Fort Bragg, etc; but, suddenly find offense at the names of those who they label as traitors gracing the banners of these posts. It does not take a very long time for a political pawn to change positions when there is no character or principles to abate his choices.
I have known that God called me to minister from a very young age, but I attempted to close my ears and heart to that calling. But, alas, after a long chase, I surrendered some forty years ago and accepted my Christian responsibility. My life has been filled with an abiding peace since that time. So, I feel that I must do all in my power to preserve this nation as a beacon light, not only to her own people, but to yearning masses around the world. We are the Camp of the Saints, but we can be quickly overrun by the hordes of Satan if we compromise our faith and commitment to our Lord.
The Old Paths to which Jeremiah refers are those which our Fore-Fathers blazed in a hostile wilderness. They relied upon the leading light of a providential God to direct their steps. Even when growing up in the rural Blue Ridge country, I remember the daily converse of men in commerce and social life. They never failed to call to mind a biblical text to support their challenged position. As a boy growing up, we did not know a single divorcee, nor did we believe that there were any men who desired to marry other men. Marijuana was unknown, and addicting drugs were only mentioned in detective comic books.
Robert Frost, in his poem, describes the dilemma of two diverging paths. One was well-traveled, the other not so much, but overgrown with weeds:
Two roads diverged in a yellow wood,
And sorry I could not travel both
And be one traveler, long I stood
And looked down one as far as I could
To where it bent in the undergrowth;

Then took the other, as just as fair,
And having perhaps the better claim,
Because it was grassy and wanted wear;
Though as for that the passing there
Had worn them really about the same,

And both that morning equally lay
In leaves no step had trodden black.
Oh, I kept the first for another day!
Yet knowing how way leads on to way,
I doubted if I should ever come back.

I shall be telling this with a sigh
Somewhere ages and ages hence:
Two roads diverged in a wood, and I—
I took the one less traveled by,
And that has made all the difference.

There is some question about what point Frost was making, but when it is applied to America, I believe we must take the Path MOST traveled – the Path our Fore-Fathers laid out for us at our early founding as a nation – GOD, Country, and Family!
I do not expect all who read this message to heed the warning, but I know that those who love our country will see the danger and respond in Godly virtue and courage. May the good Lord preserve us according to His perfect will by awakening our people and drawing us back to His governance even if a hard chastisement is necessary for the purpose. Amen.