THE TRANSFIGURATION OF OUR LORD 6 August 2020 Anno Domini, the Anglican Orthodox Communion Worldwide 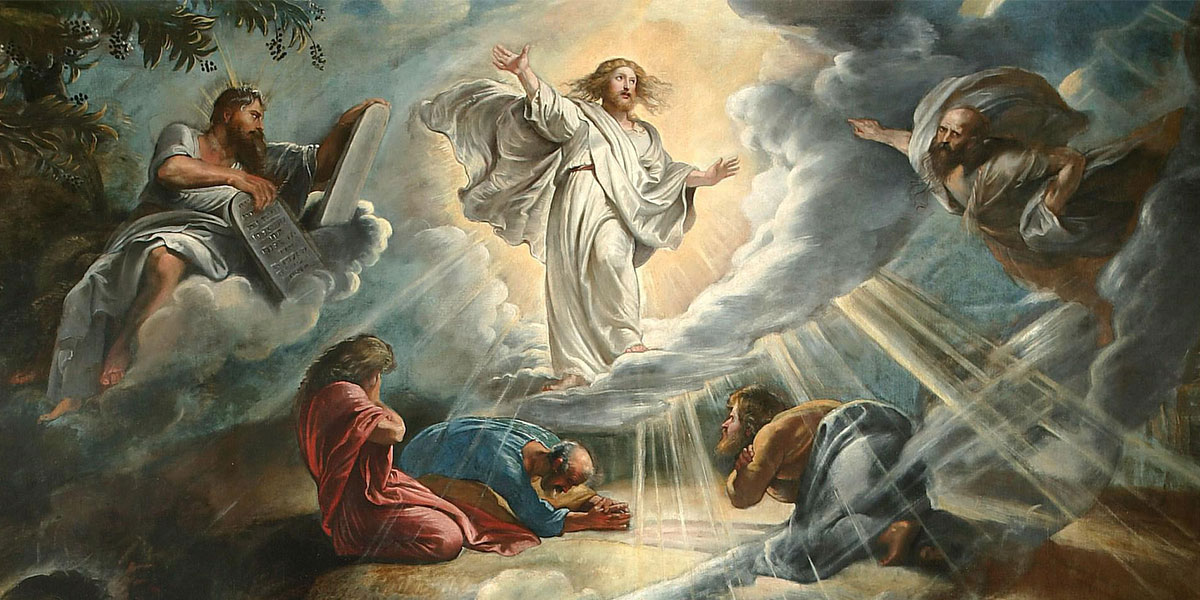 [August 6.]
The Collect
for the Transfiguration
O GOD, who on the mount didst reveal to chosen witnesses thine only-begotten Son wonderfully transfigured, in raiment white and glistering; Mercifully grant that we, being delivered from the disquietude of this world, may be permitted to behold the King in his beauty, who with thee, O Father, and thee, O Holy Ghost, liveth and reigneth, one God, world without end. Amen.
The Gospel of St. Matthew 17:1-9
“And after six days Jesus taketh Peter, James, and John his brother, and bringeth them up into an high mountain apart, 2And was transfigured before them: and his face did shine as the sun, and his raiment was white as the light. 3And, behold, there appeared unto them Moses and Elias talking with him. 4Then answered Peter, and said unto Jesus, Lord, it is good for us to be here: if thou wilt, let us make here three tabernacles; one for thee, and one for Moses, and one for Elias. 5While he yet spake, behold, a bright cloud overshadowed them: and behold a voice out of the cloud, which said, This is my beloved Son, in whom I am well pleased; hear ye him. 6And when the disciples heard it, they fell on their face, and were sore afraid. 7And Jesus came and touched them, and said, Arise, and be not afraid. 8And when they had lifted up their eyes, they saw no man, save Jesus only. 9And as they came down from the mountain, Jesus charged them, saying, Tell the vision to no man, until the Son of man be risen again from the dead. “(Matthew 17:1-9; all scripture quoted is from the King James Version)