SPECIAL TRIBUTE TO A NOBLE LADY

I am republishing a devotion I wrote to observe the Diamond Jubilee of Queen Elizabeth II. MY admiration for the Queen has only grown since I wrote this devotion, and I was both saddened at the loss of such a lady today, but also inspired by the outpouring of love and respect on the part of the British people and the world.

SPECIAL TRIBUTE TO A NOBLE LADY 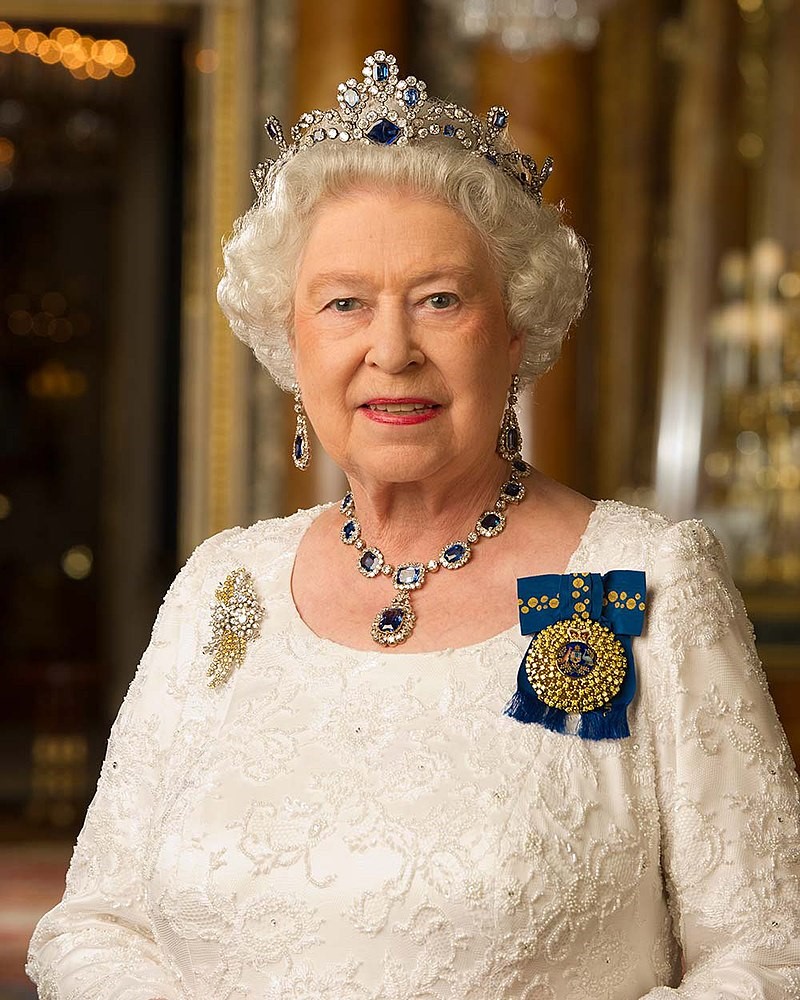 “Pass over before the ark of the LORD your God into the midst of Jordan, and take ye up every man of you a stone upon his shoulder, according unto the number of the tribes of the children of Israel: 6 That this may be a sign among you, that when your children ask their fathers in time to come, saying, What mean ye by these stones? 7 Then ye shall answer them, That the waters of Jordan were cut off before the ark of the covenant of the LORD; when it passed over Jordan, the waters of Jordan were cut off: and these stones shall be for a memorial unto the children of Israel for ever.” (Joshua 4:5-7; KJV)

I watched with moistened eyes the multitudes drawn up outside Buckingham Palace this morning to observe the concluding ceremony of the Queen Elizabeth’s Diamond Jubilee. Every moment of seeing her in years past, my heart has been moved with respect, admiration, and love for this amazing monarch who has weathered so many hard struggles for England and, yet, has remained untouched by personal scandal or royal impropriety. She has exemplified the virtues of character and perseverance that typifies a great Queen. Her service to England began long before her being crowned as Queen. At the age of 14 years, she was making radio broadcast to the youth of England to encourage, comfort, and fortify them against the threats of destruction that sought to undermine a thousand or more years of culture and enlightenment.

I remember her voice, from the moment that I was first able to understand words, softly being transmitted across the air waves of the BBC. It was sweet yet quite dignified then. She was thrust suddenly upon the world stage as a young woman of twenty-five. She assumed the mantle and never ceased to represent England splendidly. The Diamond Jubilee concluded this morning made me reflect upon England and what this Great Nation has meant from the very beginning to America. From England and her subjects we gained a place in the sun among the nations of the world. Had there been no England, there would have been no America as we know it. Instead, we may have been Montreal South, or Guadalupe North. But English blood and money was invested in her North American Colonies and made us a people worthy of the investment. When we matured, we left the English parent and pursued the establishment of a government whose principled Common Law was based on that which England had given. I have even profited in my biblical understanding from the great Reformers of England.

I was deeply moved at the display of affection evoked by this Noble Lady as she stepped out onto the balcony of Buckingham. For that one fleeting moment, England was reminded, and so were we all, of the great heritage that has been entrusted to them from generations of the dimly-lit past. The influence of the English people has been felt around the world, and the sun still refuses to set on the Flag of Great Britain. The affection displayed for the Noble Queen and her office reminds the people of Great Britain that the seeds of greatness still lie in the hearts of the British people. There may yet arise another Wilberforce, Disraeli, or Churchill to inspire, not only England, but the world.

I know that I have taken a certain license in expressing my affection for England’s Queen, but the memories of her resolute dignity and nobleness over more than a half century deserve recognition for all who would love to see such qualities restored in public offices in America. We barely can elect a president that can survive a mere four years without scandal and shame, but England has a lady as its crown head who has survived sixty years with an unblemished record. Amazing! The military salute was rendered, the knees bowed, and the flags waved with prolific and patriotic enthusiasm this morning in London. Should we not yearn to see this legacy continued even if only in Great Britain? The quoted text above counsels us to remember the means by which the Lord has saved us. He has used men and women of great character and devotion often as his ministers for that salvation. I found myself singing along with the multitudes this morning the anthem for this great Lady, for today, I can claim her as my Queen as well:

God save our gracious Queen,

God Save the Queen

Long to reign over us:

God Save the Queen.

And make them fall.

On Thee our hopes we fix,

God save us all.

Thy choicest gifts in store,

On her be pleased to pour;

Long may she reign:

May she defend our laws,

And ever give us cause

To sing with heart and voice

God save The Queen!

Perhaps God will grant us the courage to call upon Him as publicly as the Brits to save our nation and grant us a President of the same character of Queen Elizabeth II of Great Britain.